John Stones CAN grow into a defensive wall 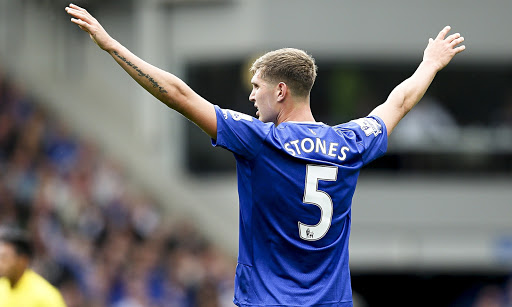 John Stones has come in for some pretty harsh criticism from media during this Premier League season after a few high profile decisions went against him. Stones was accused of taking too many chances by the MOTD team one Saturday night and when pressed on the subject of whether he 'rated' Stones Hansen said "he must learn when to take chances and when to play it safe". Roy Hodgson has leapt to the defence of the young centre back but has also warned Stones that he must play well enough to force his way back into his club XI or risk watching Euro 2016 from the sideline.

Roberto Martinez has also come under fire in recent weeks, but taking Stones out of the limelight for a few weeks is the sort of manager that I would want in my corner when the media vultures are circling and its the manager that Everton fans should want at the club. You've never had a more talented side and you've never played with such thrust in the Premier League era... be careful what you wish for Toffeemen.

Before the turn of the year John Stones was one of Dugout FC's best performing players in defensive scoring categories, he wins more headers than he loses, he reads the game very well averaging around 2 interceptions, around 2 tackles won and he also averages 1 shots blocked per game. He boasts a very high passing average with over 43 accurate passes every game, a lot of those being forward passes into Everton's creative midfield players. So the stats suggest that despite a few mistakes he's not the terrible footballer that he's being portrayed.

The largest blot on his copy book in Dugout FC this season is the -4 he scored in the Stoke fixture, I'll leave that up to you to pass judgement.

The fact is that John Stones is a very talented defender and no one should doubt his quality or technical ability but some parts of the media want to question his temperament. Lets take a trip down memory lane to young defenders who have graced the Premier League only to get the same treatment by the media, the pundits and those generally considered to be more informed than us mere mortals.

Gerrard Pique (Barcelona): Criticised for 'not being good enough' for Manchester United at a time when the team was blessed with a fit Rio Ferdinand & Nemanja Vidic, oh how sorely he was missed when they did start picking up knocks. Despite scoring 2 goals in his 3 UCL games for Man United, he was never given enough game time and eventually returned to Barcelona in 2008. Pique is now one of football's most decorated defenders with 1 EPL title, 5 Liga BVVA titles, 4 x Champions League winners medals, European and World Cup winners medals with Spain as well as a myriad of other domestic cups and titles.

Jerome Boeteng (Bayern Munich): The Germany youngster joined from Hamburg for £10.4m but failed to immediately meet the high standards that the Manchester City faithful demanded after winning ... well nothing at that point, but they had spent a tonne of money on foreign fancies and they had a tonne more to spend, so they didn't have time to mess around with young future World Cup winners. Boeteng asked to leave after falling out with Mancini but fortunately his ear landed on the shoulder of Bayern Munich who embraced the young defender and helped him develop into the player he is today with a World Cup winners medal, Champions League winners medal and 3 Bundesliga titles. Boeteng helped Man City to that first FA Cup win in 2011, I wonder how important that was to the club's development?

Its very easy to get carried along with the media regarding football matters, especially when everything being served to the consuming public is so bias by the most recent events. These guys you see on the TV aren't highly tuned analysts or football geniuses , they are just a load of blokes, sitting around watching football like the rest of us... except they get paid. Sign up to www.dugoutfc.com and prove you know more than the pundits.

World football has evolved beyond the run it and kick it defenders, the game now dictates that defenders must do much more than that, so if England are to have any chance at Euro 2016 and future World Cup tournaments we must allow our youngsters to learn in the sandbox. John Stones looks to have all the tools to become one of the worlds best, something that hasn't gone unnoticed by his suitors both on these shores and abroad. If he has to leave the league to grow into that player then so be it, the Premier League loses but England will ultimately gain. Chelsea, Man United and Juventus have all been linked with Stones in the last six months and with the imminent arrival of Pep Guardiola at Man City, don't be surprised if they move first for a defender that is very much in the Guardiola mould.

You learn from your mistakes in all life events, football is no exception and rather than berate our talented young players, we should giving them room to learn from their experiences. You may "win nothing with kids" but when they become men, you'll be glad you tried.