Too little too late for Villa as another managerial gamble fails 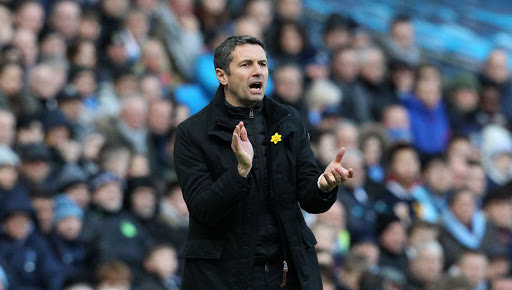 After the sacking of Remi Garde this week, old boy Brian Little swooped in to join the Aston Villa board, presumably to attempt a highly unlikely Premiership rescue bid. But is it all too Little too late?

Remi Garde won only two games since taking over from Tim Sherwood early in November and it has been clear to many for some time that his appointment by was a gamble that simply hasn’t paid off, so why have they left it so late to act? Can the Villa faithful trust the board’s judgement?

Little’s own management career hasn’t exactly been littered with silverware. He had spells in charge at Wolves, Middlesbrough, Darlington and Leicester before returning to the club where he had so much success as a player. During his appointment as manager at Villa in the mid-nineties, they did win the old League Cup and qualify for the UEFA Cup. In February 1998, Little resigned after just three years in charge, with Villa finishing a credible 5th in the Premiership. Since, his career has been fairly uneventful, managing for periods at Stoke City, WBA, Tranmere Rovers, Wrexham and Gainsborough Trinity. In 2014 he was appointed Director of Football at the Jersey FA, the team winning the Murratti Vase (Channel Island Competition). With no disrespect intended toward the above clubs and organisations, this isn’t really the resume of a high flying football manger. So what can he bring to the Villa party and can the Jersey FA really spare him?

After another drubbing at Villa Park today at the hands ofChelsea, it seems clear the changes this week are less of a rescue attempt and more about preparation for the inevitable battle to come next season in the Championship.

Gary Monk, unemployed since December after being sacked by impatient Swansea, seems to have thrown his hat into the ring, if we can believe the ‘gossip’ column of the Metro and Nigel Pearson has also been linked with the job. I guess most of the other ‘currently’ unemployed managers will also be linked with the job over the days and weeks to come.

The next few seasons are going to be difficult for the Villa fans. It must be hard to bear when successive poor decisions are taken, gradually eroding the reputation of your once great club. Does this sound familiar to any Man U fans out there?

I suppose, as fans, we have to be realistic in the modern game and understand that without a ‘billionaire’ to bankroll a superstar spending spree, no manager, whatever his pedigree can hope to be successful in the Premiership, just take a look at the table, or maybe not?