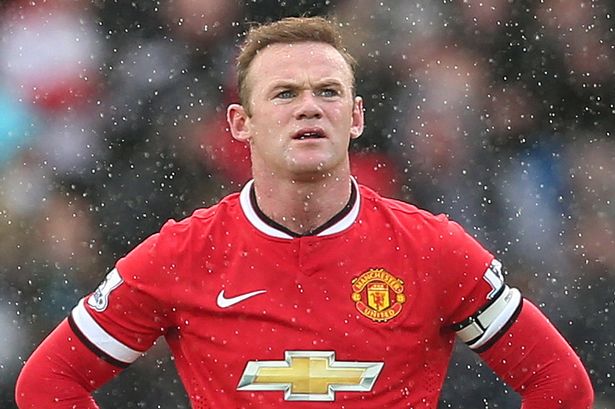 Wayne Rooney scored twice as Man United found their attacking edge in tonight's thriller at Newcastle but the England man was extremely disappointed to see his side throw away a two-goal lead and then a single goal lead in the dying minutes of the game.

Goals from Rooney & Lingard put Man United into a two-goal lead but they were pegged back just before half time when Georginio Wijnaldum stroked home a beautiful volley.

Newcastle were out of the blocks the quickest in the second half and soon put themselves back on level terms when a little WWE from Chris Smalling in the box resulted in Mike Dean giving Newcastle a penalty kick. Mitrovic scored from the spot with ease.

LVG had brought on Memphis Depay just before the penalty so eyebrows were immediately raised as the tactical change looked to have backfired but a similar darting run and shot to the one Depay made in midweek, found its way to Rooney who expertly found the top corner to put Man United back in charge.

Man United looked to slow the game down having found themselves once again in the lead but after a period of pressure from Newcastle, Man United found themselves on the back foot again. After some extremely sloppy defending and once again failing to clear their lines, the ball squirmed out to the edge of the area, finding the onrushing Paul Dummett who fired the ball goalwards. The shot was deflected off the hip of Chris Smalling and into the top corner to complete a rather disappointing from one of MUFC's better players this season.

“It does feel like a defeat. After scoring three good goals, it was maybe a lack of concentration – not staying with runners for the third – and that is disappointing,” the striker said.
“If you take a two-goal lead, we should be taking all three points and killing the game off. We didn’t take all our chances and we have been punished for it.
“We always want to try and play entertaining attacking football that is what we work on and try and do, and hopefully we can come up with more solutions.”

Man United look to have found a way to break teams down and threw off the shackles of the 'double-pivot' that LVG has held so dear in the opening months of the season but they will have to work on their defensive frailties before the trip to Anfield next Sunday.