The Belgian sustained MCL damage at Palace on Saturday 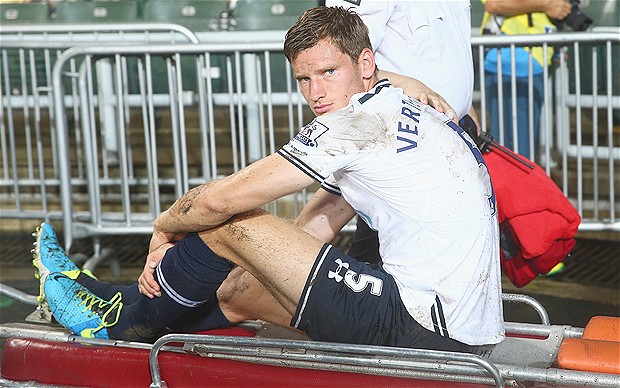 The Belgian defender has been a massive part of Tottenham's title charge this season and along side Toby Alderweireld, has formed the best defensive partnership in the Premier League. He now faces a long spell on the sidelines while he recovers from knee ligament damage.

Vertonghen limped out of Spurs 3-1 win at Crystal Palace on Saturday with suspected ligament damage and the managers fears were realised when scans revealed an MCL sprain.

Tottenham tweeted “Further assessment & scans have confirmed that @Jan_Vertonghen sustained damage to his medial collateral ligament in his knee at Palace. Our medical staff will continue to monitor his progress during his rehabilitation to determine when he will be ready to return to training.”

The injury could seriously affect Tottenham's title charge who were going after a first league title in 55 years.

Vertonghen will also be missed by Dugout FC managers who will no doubt be on the look for his replacement in the Free Agent pool. Pochettino could However, dip into the transfer market to fill a rather large gap left by Vertonghen which would make for interesting reading for those managers looking to sure up their squads in the upcoming January Transfer assignments.