Promoting youth is a sackable offence? 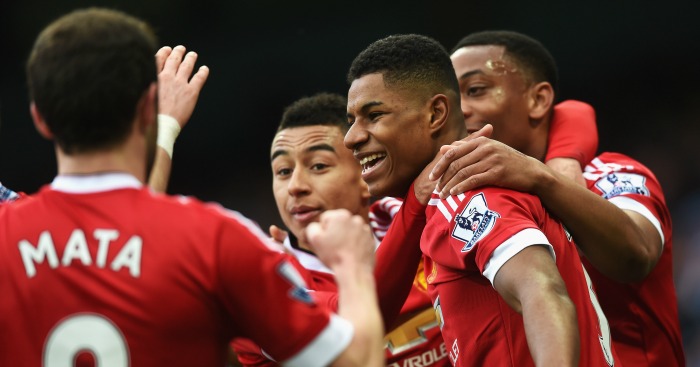 In the recent history of English football the focus was very much on why young players weren't 'getting a chance' and why 'buying foreign' was killing English football, so what has changed? Well the reality is that nothing has changed. So why are Man United getting backhanded abuse for promoting their younger players? ... There must be another agenda.

Man United's young players have come under ever increasing (and somewhat embarrassing) rants from certain parts of the football media, but why are these individuals focusing on negatives when these young players are showing fantastic temperament and performing so well.

They are scoring goals, creating chances & terrorising defences with confidence and pace, moreover they don't seem overawed by any of the attacking or defensive challenges in front of them. Lingard, Rashford and Varela have been thrust into the first team this season with a seemingly endless list of injuries, hampering Man United's title tilt. They have performed remarkably well in massive games for MUFC but instead of the usual praise you'd expect for such mature performances, the focus is very much on the 'distinct lack of quality' in the Man United lineup.

After watching Graham Souness once again foam at the mouth because of the aforementioned lack of quality, I found myself asking, whats wrong with the players who have been promoted from the youth team and as is always the case with this sort of debate, found solace in Sir Matt Busby: "if they are good enough, they are old enough".

Theres another oddity in the attitudes of the media spew. When 19 year old Dele Alli was promoted to starting 11 early in the Premier League season for Tottenham, he was linked with an England cap within a few days of scoring his first goal in a 25 minute cameo. This begs the question, whats the difference? If Rashford had been purchased as a lower league wonderkid, would the attitude have been different? If Man United had alternatives & still played their youngsters, would the attitude be different then? Is it only ok to play your young players when you don't have to?

Lets have a look at the stats:

Playing in teams with quite different fortunes this year, you can see that their statistics are comparable and with Dele Alli confirmed in Roy Hodgson's recent England squad to face Netherlands & Germany, the hope is still there for the Man United youngsters to keep making their mark.

If they do so there will be nowhere left to hide for the detractors who prefer to revel in the downfall of "a team like Man United", rather than enjoy some fantastic young English players finally being promoted from the Man United youth system, once again.