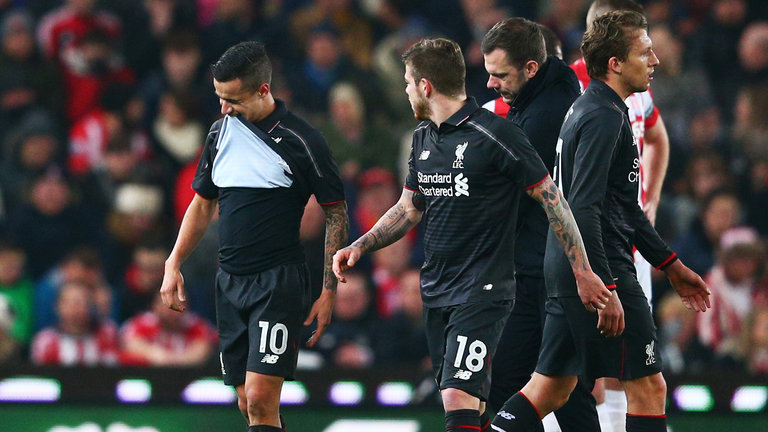 Philippe limped off with a hamstring injury after just 18 minutes and was joined on the treatment table by Dejan Lovren just 15 minutes later. This is a nightmare scenario for Liverpool who have just suffered a shock defeat at the hands on West Ham and are already short in defence.

Dugout FC managers await news of the severity of the injuries but you can expect an absence of at least 3 weeks for both players. Klopp moved Lucas into defence tonight and will be desperate for the quick recovery of Lovren who has just started to find some form.

Klopp embraced Coutinho on the touchline, who was clearly distraught by a recurrence of his recent hamstring injury.

Liverpool did however secure a narrow 1-0 victory over Stoke to take back to Anfield in the second leg.