Worst buy in the Premier League in 2015?

“He thinks he’s already made it”. “He goes out too much”. “He’s more bothered about his cars that his football”. “He wears ridiculous hats”. “His thighs are too big”. “His boots are too clumpy”. Memphis Depay has had to deal with a wide range of criticism in his short time at Manchester United, ranging from his fashion choices to his penchant for expensive automobiles; but how valid are any of these criticisms?

Headlines were made when Ruud Gullit wrote in his De Telegraaf column that Memphis “must do something about the fact that he has been labelled the worst buy in the Premier League in 2015”. If we ignore, for a moment, that Gullit has taken the rather maverick step of crowning a worst buy of 2015 half way through the season, it’s a title that is still very much in dispute. Thauvin of Newcastle (£13m), Rahman of Chelsea (£17.7m) and Lens of Sunderland (£12.5m) will certainly feel that they have a claim to that throne, especially considering that PSV confirmed that the fee for Memphis was £19m, far less that originally reported. In all fairness though, Gullit has a point; Memphis has been labelled the worst buy in the Premier League in 2015. By Ruud Gullit. Alone. Nobody else has labelled Depay as “the worst buy” because it’s January, and the media tend to leave these decisions until the end of the season.

Another of Gullit’s criticisms centered on Memphis’ choice of a brand new Rolls Royce, and was met with a furious nodding of heads from fans up and down the country. Just who the hell does he think he is? Going round, spending his own money, driving himself to work. Sickening. The top players in this league don’t get there by splashing their cash on ostentatious cars. Look at the man who destroyed Depay’s United mere weeks ago; Marko Arnautovic. As the Daily Mail reported on Tuesday, “Like many of the most gifted players, Arnautovic is a mixture of raw ability, eccentricity and insecurity. He arrives at Stoke’s training ground from his Cheshire home every day in a personalised Bentley’”. Ah. But...but there are players who shun this lifestyle; foreign imports who realise the value of a humble outward appearance. They move to big clubs and are an instant success because they drive an £8,000 Nissan Micra. That’s why Jesus Navas - proud Micra owner - is consistently named as one of the most devastating attackers in the land. Well...even if this logic doesn’t quite add up, at least the head-shaking, finger wagging fans who castigate Memphis for his excesses can take solace in the fact that if they earned thousands of pounds a week, they would dress in nothing but shapeless potato sacks and drive a second-hand Volvo.

A quick glance at the stats for Memphis this season indicate that he has in fact suffered a loss of form; his ratio of chances created is the lowest of United’s attacking players, at 0.5 per game. In addition, the 28 goals scored for PSV in an Eredivisie winning season last year is a far cry from the meagre 5 goals in all competitions so far for United. The early comparisons with Cristiano Ronaldo seem way off the mark, and any belief that Memphis would turn into a world class player is clearly misguided. After all, Ronaldo’s mighty haul of 9 goals in 50 games when he was 21 (and in his second season at United) is clearly unachievable. If only United had plumped for a player from a higher caliber of league…the Bundesliga perhaps? If they had signed someone named Breakthrough Player that season? Surely it would have guaranteed success. How foolish of them not to have signed Firmino! Where could they be now if all one of his goals were added to their tally?

The reactionary nature of modern football results in snap judgments of players; Ozil was considered a lazy flop mere months ago, yet now he is among the contenders to be named Player of the Season. Both Firminho (24) and Memphis (21) are young players in their first season at a new club, adjusting to an unprecedentedly chaotic Premier League, coupled with the fact that they recently moved to an entirely different country. Memphis certainly has the time to improve and develop, with the very real possibility that he will fulfill his huge potential; he is still learning his role in a very rigid system and has the chance to make a small success out of this season.

Probably best to avoid the diving headers for a while though. 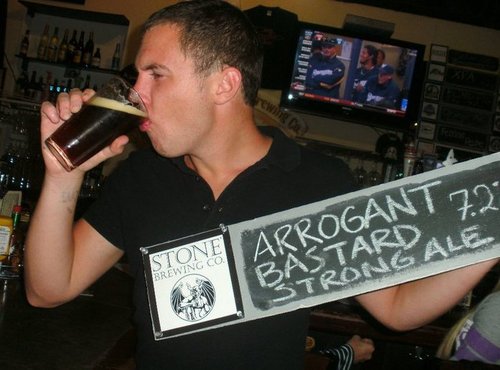