“Calling International Ranieri – This is an Emergency”

Football is the real winner 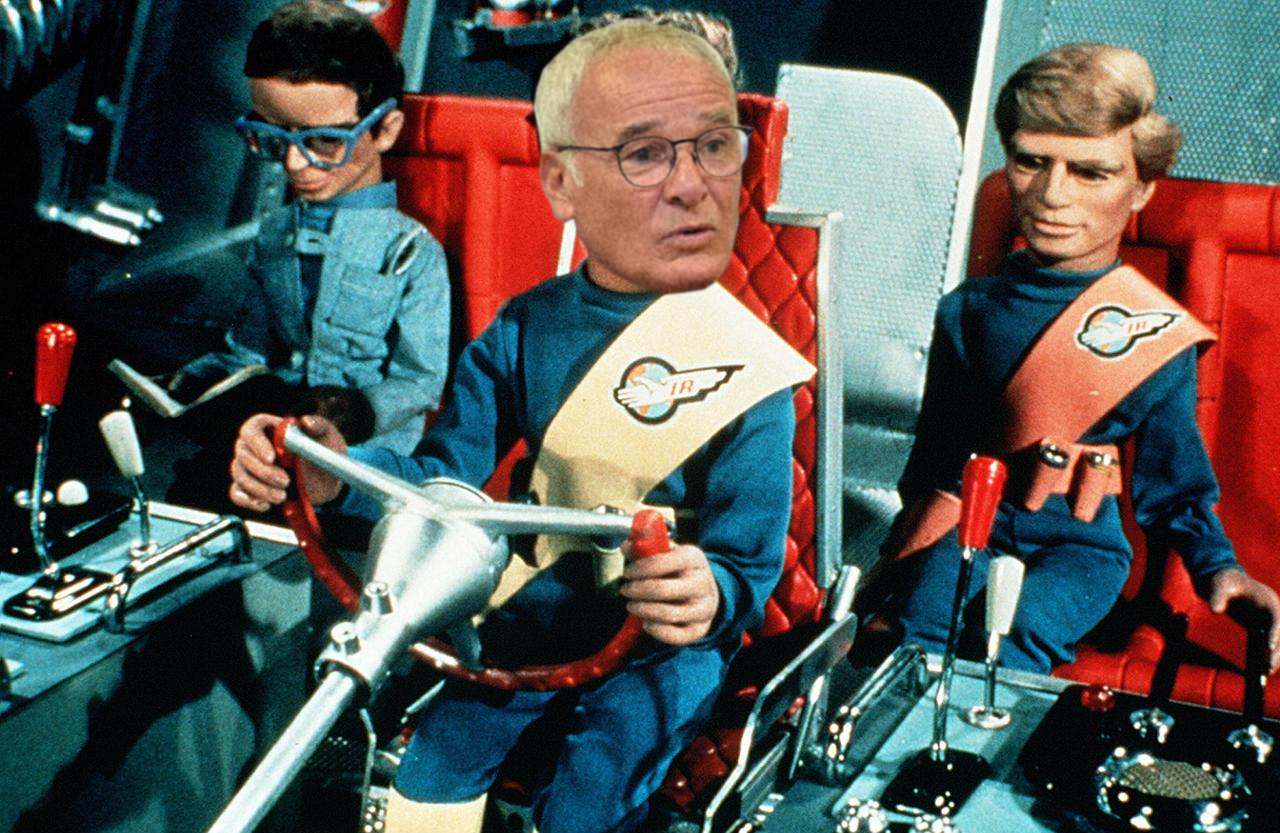 One night young Andy knelt at the side of his bed saying his prayers. ‘God bless Mummy, God bless Daddy, God bless my sister, God bless Nanny and Grandad and God bless…..’ well you get the picture.

On this night early in July of 2015, young Andy added an extra special prayer for his favourite football team Leicester City. But not sure if even God was able to do much to help them in the coming season, after saving them from the drop once already, he decided to write a letter. In the letter he promised to tidy his bedroom, do the dishes, cut the lawn and wash his Dad’s car for a whole month, if someone could help. He even thought about giving up chocolate, but then decided that was perhaps going a bit too far.

When he had finished, he put the letter in an envelope and addressed it to ‘Jeff Tracey, Tracey Island, Somewhere in the Pacific Ocean’. The next morning he found a 2nd Class stamp in his Dad’s bureau, stuck it on the envelope and shoved it in the letter box on his way to school.

A kindly old man, working on a temporary zero-hours contract at the local sorting office until his winter work picked up again, spotted the letter and rather than cruelly marking it as ‘address unknown’ and tossing it back into the pile, he decided to open it. As the rotund man read the letter, he started to weep and the tears rolled down over his rosy red cheeks and into his long white beard. The old man loved a good news story and had made a few connections in his time, so he decided he would do what he could to help and called in a few favours.

Not long after the phrase ‘FAB Claudio’ was uttered, the palms on Tracey Island parted and a rocket was soon screeching across the sky, heading for the King Power Stadium in the Shires of middle England.

While the regular title contenders had been too busy fighting between themselves about who ‘shall go to the ball’, they ignored Cinderella working hard in the kitchen. Okay, I am mixing too many metaphors/fables/tales here, but hopefully you get my drift.

Obviously, the above is only one possibility for the miracle of Premiership season 2015/16 and I don’t have any hard evidence to back it up, but it has made me re-think my beliefs, you know Santa, The Tooth Fairy and the power of 1960’s TV animation.

Looking back over the years, only Arsenal have gone undefeated all season, with most Premiership Champions losing on average four games over the season. Leicester have only lost three in twenty-nine, therefore bang on the money. With Spurs and Arsenal faltering can City recover a ten point gap, even with a game in hand? In Leicester’s next six games, only West Ham and Swansea look like they could offer any resistance. If the Foxes come through those games unscathed, then it won’t matter what anybody else can do.

How ironic it would be that the manager Chelsea rejected, is the one to wrestle the title from them.

In my opinion, this is not only the best thing to happen to the Premiership in years, but also we could have no better ambassadors to represent English football in Europe next season.

I for one do promise to give up chocolate for a month if Leicester can secure the Premiership crown they so clearly deserve.