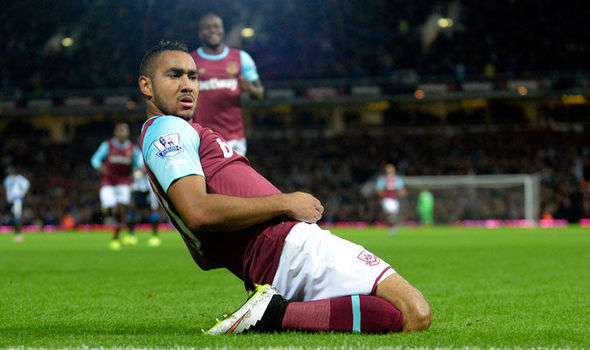 West Ham lead twice in the evening game but were pegged back by City and Aguero late on to earn only a share of the points. West Ham were unlucky not to take all three points after Payet saw a superb free kick clawed out of the top corner and Kouyate's late header crashed off the bar from a Payet free kick. Man City were very lucky to escape with a point after a performance very much lacking a spark from their creative midfielders.

City struggled from the outset and with very little dynamism from the middle of the pitch, they failed to create many clear cut chances. Yaya Toure was particularly static today, he rarely worked the ball into dangerous areas and seemed reluctant to charge forward in the way City fans have become accustomed to. David Silva was equally quiet, completing just 39 passes and creating no clear cut chances for the City attacking players.

Dimitri Payet was a delight to watch throughout and showed just why West Ham missed him so much in the weeks he missed through injury. West Ham have now taken 16 points off the 'big guns' in the league this season, including a league double over Liverpool and Hammers fans would be forgiven for thinking that they could make a legitimate challenge for the 4th spot that no club seems to want this season.

The success of that challenge will almost certainly come down to the fitness of their star players. Payet is in Scintillating form and Valencia is back in the goals but West Ham need cover in the forward positions, whether that be the return of Sakho & Carroll or a new face. Bilic suggested that 'anything is possible' when pressed on the issue of transfers this week, so Hammers fans may well see some action before the Feb 1st transfer deadline.