Jurgen Klopp is excited to see Marko Grujic in action

Jurgen Klopp's first signing has already made an improssion 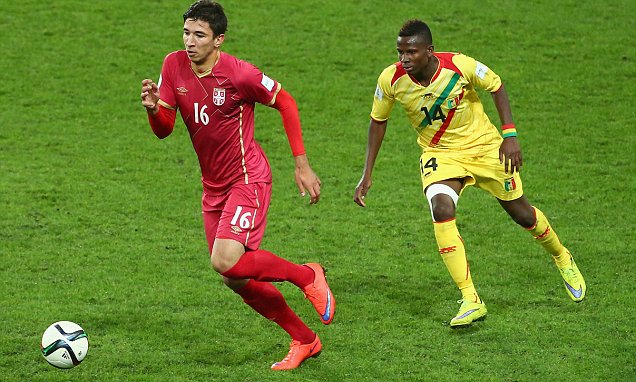 Liverpool fans will be excited to see Jurgen Klopp signing exciting young players. He's one of very few European managers to give youth players a chance at the highest level and he's already full of praise for Liverpool's new Serbian.

"We’re very pleased because Marko is a big talent and we’ve seen him a lot of times, When I came here, our scouts showed me some footage of a very skilled player from Red Star Belgrade.

“We watched it, we spoke to him, we met each other – he’s a good boy, a young boy but plays an important role at the moment at Red Star, who are the best team in Serbia. To describe him, I would say he’s a tall boy, but quick and good at technical things. He can play passes and can dribble. But he is young, so he has to develop. He will do this, so everything is okay.”

Heres what Liverpool fans and Dugout FC managers can expect from Grujic if he gets a chance in the first team.