Well, I’ve Seen Them Given

Could the referee's union eradicate diving in Premier League football? 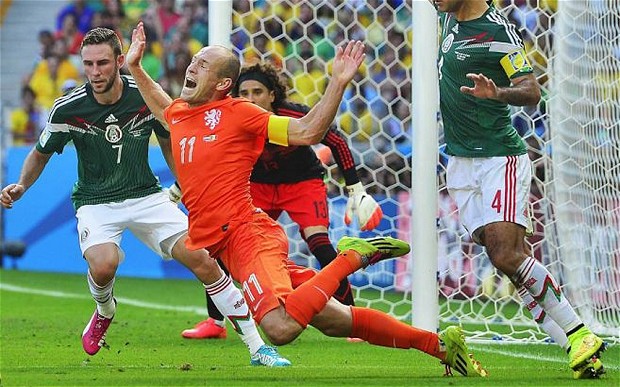 Many of you will have trudged to the other side of the city for your 'local' Saturday or Sunday league teams to enjoy some competitive (sometimes far too competitive) football but how many of you have ever taken a dive to gain an advantage?... yeah I didn't think so.

In fact its usually the polar opposite, you try to look like the meanest strongest athlete that ever lived, as do the other 21 players on the pitch, so at what level do you lose all sense of pride and masculinity and start to hit the deck when someone taps you on the shoulder?

How often do we hear TV football pundits say “well, I’ve seen them given” when watching the theatrical antics of ‘certain’ Premiership forwards going down all too easy in the box.

Previous split second errors of judgement by the officials should not set precedence for later decisions. You would think that ex-players / pundits would be better equipped than the average viewer to differentiate between a dive and a foul, yet they persist in drawing comparisons with previous refereeing decisions, “well, if that was a pen, then this one must be also.”

Some might argue that ‘clever’ gamesmanship should be applauded and that somehow a ‘clever’ cheat is acceptable. Others might argue that this sort of thing adds a level of controversy to the football action, something talk about afterwards.

It would also seem that some managers have the ethos that if the forward feels any contact at all, then they have the right to and should go down.

But ask yourself this question, what do you honestly think when you see players (professional athletes) go down after the faintest of touches, or even no contact at all, to ‘win’ a penalty for their team? Personally, I feel embarrassed for them, even more so if they play for the club I follow. Even as an amateur, I usually have a gut feel for the right decision.

Now, I would never advocate stopping the game for the officials to review instant replays, but prefer to let the result stand on the day. I would suggest that such incidents could be reviewed post game by a panel of ‘experts’ and where necessary retrospective action taken on the player and/or club.

If that was put into place, I wonder how many weeks it would take before we started to see a change in attitudes?